🚚 Free delivery on orders over R800, anywhere in SA

Sign-up to receive monthly updates on our sale items, new products and more - we promise we won't spam you!

Darling Sweet produces Tannie Evita Bezuidenhout's Fleur de Sel (Flower of Salt), with its delicate and complex flavour it transforms an ordinary meal into a culinary experience. Use as a finishing salt on any dish that needs that extra lift just before it is served; salads, fish, meat, fruit, vegetables, and desserts. Fleur de Sel is also the perfect table salt.

These fleur de sel sea salt crystals are hand harvested from the cool waters of the Atlantic ocean at Velddrif in the Western Cape. The ancient saltwater used is taken from a pristine underground seawater lake at St. Helena Bay where ocean water filters through beds of seashells, resulting in a salt that is rich in calcium.

ORIGINS: Fleur de sel (pronounced "flure-de-SELL") is a rare and expensive form of sea salt that was orignally harvested in parts of France and elsewhere in the world. The name fleur de sel is French for "flower of salt." Fleur de sel is produced by a process that is considerably more complicated, which involves collecting the thin layer of salt that rises to the surface of shallow pools of seawater. It comes from the delicate crystals of salt that form atop shallow pools of seawater, and must be harvested by hand by skimming them from the surfaces of these pools using special sieves. The result is a much more delicate, almost flaky crystal.

I love this product as a very special gift!
The packaging is awesome and every grain of salt has been carefully harvested in a most time-consuming and specific way.
It’s a light but weighty box of flavour and essence.
‘There must be something strangely sacred about salt. It is in our tears and in the sea.’ Khakis Gibran. 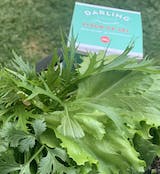 For orders over R800, via Pargo or to your door via Courier

Pay now or pay later with Payflex or PayJustNow

Just let us know the occasion